Read from our blogs 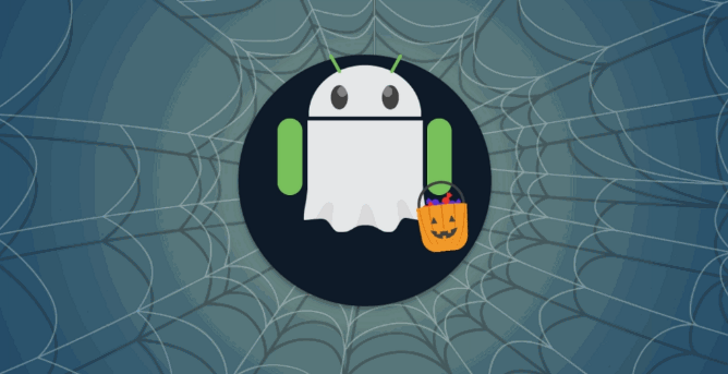 Castlevania: Symphony of the Night

Castlevania: Symphony of the Night is a classic Metroidvania title from Konami, and it arrived on the Play Store earlier this year as a shock to everyone, especially since it's available for $2.99, which is totally a fantastic deal. If you've yet to play SotN, it's a beautiful 2D platformer that offers non-linear platforming where you'll hunt down Dracula, so exploring the game's mysterious world is definitely encouraged. The primary campaign should take around eight or nine hours to beat, and this port supports physical controllers, which is always lovely to see. Seriously, don't sleep on this one, it's a classic for a reason, and it's perfect for play during Halloween.

Five Nights at Freddy's AR: Special Delivery is the latest installment in the fright-filled franchise, and as you can guess, this is an augmented reality version of the core survival-horror game. Surprisingly the AR tech works really well, so even if you don't have perfect lighting, you can run around your house like a crazy person as you move room to room in an effort to hide from the game's many scary monsters. This is easily one of the best AR games to land on Android in years, and it's also super scary, which makes it perfect for today's Halloween roundup.

Stranger Things: The Game hardly needs an introduction. Not only was it well-received when it was released back in 2017. Somehow, the title is still available at no charge while offering one of the better adventure games on the Play Store. Keep in mind the story takes place in-between season 1 and season 2 of the Netflix show, so it serves as a bridge between these two seasons, filling a few gaps. So if you're big into Stranger Things or are rewatching all three seasons this Halloween season, I highly recommend that you check out Stranger Things: The Game.

Dead Cells is easily one of the best roguelike platformers released on Android in the last few years, and the port is simply fantastic. You can select from 30fps, 60fps, and unlimited FPS in the game's settings, and there's also an HD graphics option, which means no matter your device, the game should run great. After spending the last year putting this release through its paces, I can confidently say it runs well and is just a joy to play. Best of all, controller support is indeed included, which is where this game shines, thanks to its precise controls. Of course, it's the game's dark atmosphere that sets this up as a great title to play during All Hallows' Eve.